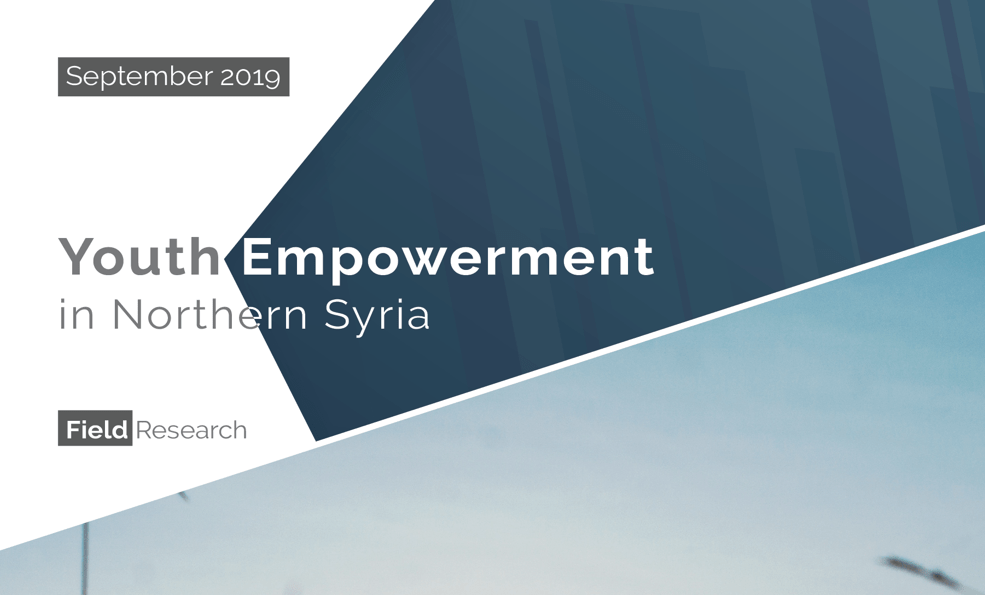 Because of the difficult economic and security situation in the Syrian liberated northern areas, and of our belief in the importance of the role of young people in building society, and their ability to contribute effectively and make the necessary changes to improve the situation of society if they have the proper circumstances, we conducted this study to reveal the capabilities and qualifications of Syrian youth of both genders in all fields, identify their main weaknesses and work to resolve them, identify the obstacles and difficulties that prevent them from being able to bear their responsibilities optimally  and work to overcome these obstacles and to enable youth to start working and participate in all economic, political and social aspects of life.

The study was conducted in July 2019 in Aleppo and Idlib governorates, in Aleppo governorate, it included Kafr Naha, Daret Azza, Azaz and Afrin, while in Idlib, it included Jericho, Orm al-Joz, Kafr takharim and Maaret al-Nu’man.

Study sample included interviewing 16 experts who are working with civil society organizations and bodies, using a guide with open-ended questions to obtain in-depth information about the situation and life conditions in the liberated areas, and about the challenges faced by young people in all fields, it also included conducting 8 discussion sessions in all study areas, and 400 closed-ended questionnaires were collected to obtain results that could be generalized on the study’s community through interviews with young people of both genders and both host community and IDPs.

The study showed that there is a marked decrease in the employment opportunities for young people in the liberated areas, and these opportunities can only accept a limited percentage of young people which experts estimated between 20% to 40%, in light of the limited efforts of humanitarian organizations or international supporters to enable young people to start working, as there is insufficient financial support to finance programs that support small projects, in addition to the weakness of vocational training and capacity-building programs that are being implemented and their inability in their current form to develop the qualifications of young people to enable them to enter the labor market. As for people with disabilities, their needs and requirements are not taken into consideration in relation to the rehabilitation of the buildings where the training courses are conducted, such as corridors, stairs and providing appropriate equipment for them, and lack of bodies concerned with their affairs.

On the political regard, there is a somewhat low level of political awareness among young people, mainly due to the low level of education among young people due to their inability to afford the costs and tuition of university education, and some of them were influenced by extremist ideas and misconceptions about political action, which extremist forces and groups are currently working to spread, or the ideas that were spread during the period of PYD control over Afrin area in the absence of any political bodies and gatherings or media platforms that work to correct the political awareness of the youth and to fight ideas that are foreign to Syrian society.

With regard to social life, there is a decrease in the amount of activities aimed at raising the level of social awareness among young people, or those that seek to strengthen the integration of the IDPs within the local community and alleviate tensions between the two parties and harmonize their points of view, knowing that there are many problems and obstacles that prevent IDPs from being effectively integrated into the community, and people with disabilities are also not taken into consideration in terms of designing special activities for them, knowing that they are in desperate need for such activities, especially in the fields of protection and psychological support.

As for the fighters both former and current, the results of the study indicate that they suffer negative psychological effects resulting from their participation in the military operations, and many of them were influenced by the extremist ideology that extremist forces are working to spread during the lack of any bodies that work on rehabilitating fighters both current and former ones in order to integrate them back into society.

Based on the above, the study recommends the necessity of working to enable young people to start their private businesses and provide employment opportunities for them through targeting them with capacity building and vocational training programs, provided that these programs shall be designed in a way that allows young people to implement the skills they learned practically through contracting with business owners and institutions, provided that humanitarian organizations should cover the costs of youth employment during the training period, provide financial support to young people through increasing funding for programs that support small projects and enable young people to start working online as a practical solution to the problem of limited employment opportunities inside Syria, through necessary training for such type of work such as dealing with online work platforms and e-marketing and providing the necessary equipment to start work, especially laptops.

The study also recommends the necessity of working to raise the political and societal awareness of young people, and to fight extremist ideas that extremist groups are working to spread, through targeting them with awareness sessions, and to support establishing legal bodies and institutions to spread modern political concepts, and to provide courses on civil society organizations, political parties, elections and local administration, human rights and international humanitarian law, in addition to the need to support and establish bodies to rehabilitate former and current fighters in order to reintegrate them into society through psychological support and awareness-raising sessions to eliminate the negative effects and extremist ideas they have as a result of their participation in military operations, and to provide financial support for them to start their private businesses. 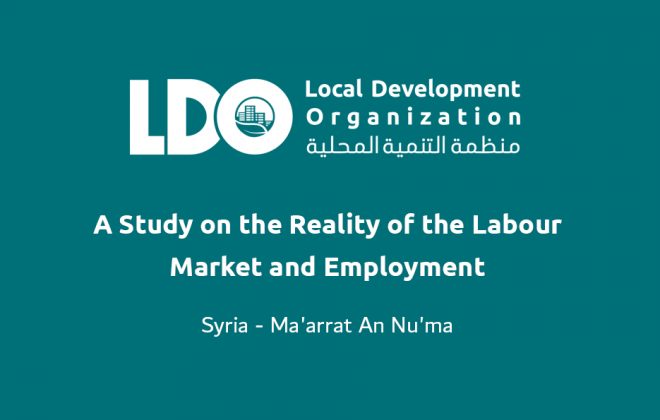 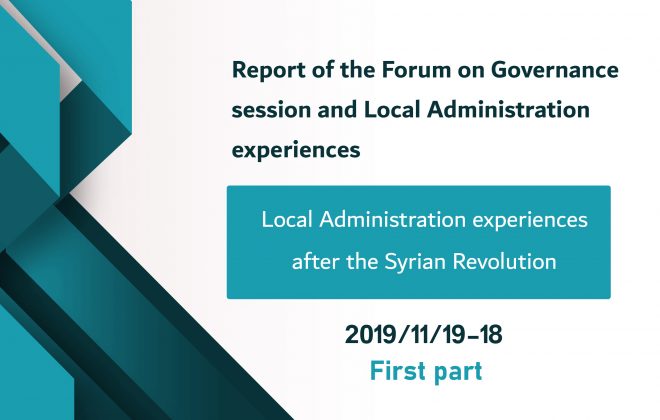